If you have any unexplained pain, change in bowel habit or have black/tarry stools you need to consult your medical practitioner immediately.

It used to be thought that coeliac disease was primarily a disease of the small intestine. It is in fact a life-long auto-immune condition where the body attacks its own tissues if it is exposed to gliadin gluten. Joint tissue, bones, your thyroid and even your brain can be affected. Gliadin is the form of gluten found in wheat, rye, barley, spelt, triticale (and oats contaminated with any of these).

At the 2011 US National Coeliac Symposium experts agreed that non coeliac gluten sensitivity exists and can have profound effects on all aspects of health.

The brain seems to be particularly vulnerable1 in coeliac disease and also in non coeliac gluten sensitivity. Most coeliacs who present with neurological symptoms of gluten sensitivity (e.g. schizophrenia, depression, epilepsy) have no digestive symptoms2. Most coeliacs remain undiagnosed because there are no obvious digestive problems3 – for every symptomatic patient with coeliac disease (CD) there are eight patients with CD and no gastrointestinal symptoms4. Age of diagnosis is usually over 40. The incidence of diagnosed coeliac disease in Ireland is 1 in 100 – the true figure of sufferers is higher. According to the University of Chicago Celiac Disease Centre 97% of the estimated 3 million American coeliacs are undiagnosed. How much higher must be the number of people with non coeliac gluten sensitivity whose health is being destroyed by eating gluten.

A study undertaken in the USA showed that the majority of coeliac patients had visited 5 or more Doctors prior to diagnosis. It had taken an average of 5 to 10 years, after initial presentation, for Coeliac disease to be diagnosed .

Your small intestine contains millions of villi. These are tiny finger-like projections that increase the surface area of the gut so nutrients can be absorbed. Think of the villi as being like the shags on a shag pile carpet. The villi are crucial for nutrient absorption and for keeping undigested food and pathogens from entering your bloodstream. The end point of coeliac disease is where the villi are totally destroyed, causing severe nutrient deficiencies and more. Remember, coeliac disease is where you see damage in the gut. Non coeliac gluten sensitivity is where damage occurs not in the gut, but in other locations in the body as a result of eating gluten.

If you have a family history of auto-immune conditions or coeliac disease then you are much more likely to have a serious problem with gluten.

Multiple studies suggest that patients with coeliac disease should be treated, whether or not they have symptoms or associated conditions10.

Coeliac patients who eat even small amounts of gliadin gluten destroy more and more of the small intestine. After a year on a totally gluten free diet, extensive recovery of the villi in the small intestine is usually possible. Even microscopic amounts of gluten (e.g. from toasting gluten free bread in a toaster used for wheat bread) will slow or stop the recovery process. It takes up to 6 months for the negative effects of eating gluten just once to die down.

The first 4 of these tests can confirm Coeliac Disease but not necessarily rule it out:

1. IgA anti tissue transglutaminase antibody – coeliacs will not always show a positive result though a positive result means that a patient is definitely coeliac or gluten sensitive. Coeliacs can still produce a negative result in this blood test if the damage to their villi is not yet severe11. Also, if the patients production of secretory IgA is low because of low immunity, the test may be negative. Doctors sometimes tell people their immune system is reacting to gluten but if the biopsy is negative they tell them to eat gluten. This is unsafe if the immune system is reacting to gluten.

2. IgA anti endomysial antibodies (antibodies against your own endomysium, the “cling film” that protects your villi and other structures throughout the body. If the villi are not severely damaged this test may show up negative even if you are coeliac. One study evaluating Endomysial antibodies showed that the sensitivity of this marker was 100% in patients with total villous atrophy, but the value plummeted to 31% in patients with coeliac disease who had partial villous atrophy12. Similarly to the anti tissue transglutaminase antibody test, if the patient has immune difficulties and their secretory IgA levels are low, the results will show negative for IgA anti-endomysial antibodies.

4. Small intestine biopsy – this is a tiny snip of the small intestine taken during a colonoscopy while you are sedated. The sample is examined under a microscope to see if there is “total villous atrophy” (extensive damage to the villi). It’s important to remember that it may take many decades for a coeliac person to accumulate enough visible intestinal damage to warrant a positive result in biopsy.

5. Anti-gliadin antibodies – this test is desirable though not on its own diagnostic as gliadin intolerance is relatively common and does not mean the patient is necessarily coeliac (i.e. showing damage to the lining of the gut). However, a positive result can contribute to a range of health conditions, including digestive symptoms, damage to the villi and a host of autoimmune conditions. Bear in mind that the hospital tests check only antibodies to gliadin 33-mer, one of the proteins in the family of gliadin glutens. Unfortunately the standard hospital tests do not check for antibodies to other components of gliadin such as alpha gliadin 17 mer, gamma gliadin 15 mer, or glutenenin, which are markers for gluten sensitivity.

6. Genetic Testing (Laboratoire Reunis) – There is at last a non-invasive, reliable and relatively inexpensive test that can can tell you if you are genetically predisposed to be gluten sensitive or coeliac. If you carry the HLA DQ2/HLA DQ8 gene then you are genetically predisposed to coeliac disease. Actually starting to react against gluten can be triggered by a number of factors. Causes could include poor diet, vitamin D and zinc deficiency, stress, an infection, ageing, or taking medications that damage the intestines (e.g. aspirin, paracetamol, and ibuprofen). If you do not have the HLA DQ2/8 genes you cannot have CD but you CAN have non coeliac gluten sensitivity, which can be equally severe. The test, if negative, rules out CD but not non-coeliac gluten intolerance. This can be a great test for someone that does not know if they are coeliac but has been gluten-free for a long time. It’s also useful for a child with a family history of coeliac disease/autoimmune disease, to see if a gluten-free diet is critical. All people with the genes for coeliac disease should avoid gluten. All you do is provide a sample of your saliva and the laboratory does the rest. Irish/UK hospitals do not yet have this test at their disposal but it is available from myself since June 2013.

7. Array 3: Wheat/gluten proteome reactivity and autoimmunity (Cyrex Laboratories) – This is one of the latest, most sophisticated tests for gluten sensitivity and coeliac disease. Irish hospitals test your blood serum for antibodies to Gliadin 33-mer but other components of gluten can trigger equally severe harmful immune reactions in your body. These other fractions of the complex of proteins collectively known as gluten include alpha gliadin 17-mer, gamma gliadin 15-mer and glutenins. These are NEVER tested in hospitals here. Cyrex laboratories tests your blood serum sample for antibodies to 24 fractions of gluten and wheat. Antibodies that can trigger massive health problems. You may well be gluten sensitive, not reacting to gliadin 33-mer but reacting strongly to alpha gliadin 17-mer, for example. This way, the standard tests will not pick up on the problem. Since August 2014 Cyrex tests are available through myself. Simply ring me to discuss.

8. Array 4: Gluten-associated cross-reactive foods and foods sensitivity (Cyrex Laboratories) – If you already know you have a severe problem with gluten, follow a gluten-free diet and lifestyle and yet are not in great health this test is worth considering. There are a number of foods with components (proteins) that are similar to gluten. Your immune system can “mistake” them for gluten and behave as if you had eaten gluten. For example, as stated earlier on, 50% of coeliacs have a problematic immune reaction to corn. If these people eat corn, their body mounts an immune attack similar to what would happen if they ate gluten. Therefore they may not see the improvements they would like on a gluten-free diet. This gluten cross-reactivity panel is immensely valuable for people with gluten-associated health problems. If you would like to more information on this and other Cyrex tests, please don’t hesitate to give me a ring.

9. Secretory IgA (SIgA) testing (Genova Diagnostics) – this saliva test checks if your body is making enough of a very important antibody needed for respiratory and gut health. SigA is an antibody produced in large amounts in the mucous membranes of your body – lungs, mouth, throat, gut etc. Its job is to help protect you against infectious agents that you swallow or inhale. If, for some reason, you do not make enough of this antibody then you may get negative test results from Cyrex Arrays or any IgA related blood tests (for example those done at the hospital. Symptoms of low SigA often include frequent respiratory or ear infections, autoimmune diseases, gastro-intestinal infections or chronic diarrhoea. Some people with low SigA have no symptoms. Ideally, Secretory IgA testing would be carried out before or in conjunction with Array 3 or the standard coeliac tests carried out by hospitals. 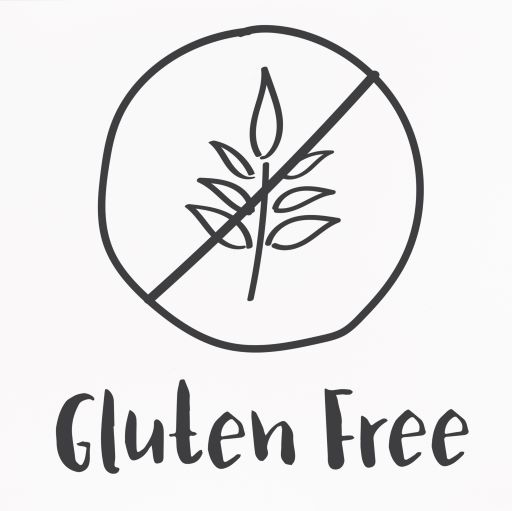 A few of the health conditions occurring more frequently in coeliac patients:
Autoimmune disease occurs 10 times more often in coeliacs and gluten-sensitive people than in the general public9

Oats contain avenin, a different type of gluten from gliadin. However oats are usually included in the list of banned foods for coeliacs. This is because oats are co-cultivated or harvested using the same equipment as wheat and so are often contaminated with traces of wheat and therefore gliadin gluten.

Most coeliacs are lactose intolerant. Lactase (the enzyme that helps digest the naturally occurring sugar in milk, lactose) is produced at the tips of the villi (in the small intestine). The villi are worn away in coeliac disease if the patient consumes gliadin gluten and therefore lactase cannot be produced. So digesting lactose becomes impossible.

Maize (corn) is not good for a gluten-free diet. Maize is one of the low-quality alternatives to wheat used in a gluten-free diet. But scientists at the university of Milan say this has to be reconsidered. They have discovered that maize prolamines (zeins) contain amino acid sequences resembling troublesome wheat gluten peptides do survive digestion and can cause problems to coeliacs15.

Gluten can be found in shampoos, suncreams, skin lotions and cosmetics (including mascara) and will be absorbed through the skin into the bloodstream.

For more information on coeliac disease go to www.theDr.com or ask your nutritional therapist for a copy of the dvd “Unlocking the Mystery of Wheat and Gluten Sensitivity” which includes healthy recipes for a gluten free diet. There are also a number of fantastic lecture on gluten on utube – check out Dr David Perlmutter and Dr Tom Bryan’s presentations.

Coeliac.co.uk is a useful website for the newly diagnosed. Be aware however, that most gluten-free websites promote refined gluten free products low in nutrients and far too high in sugars that damage your health. Tapioca starch, rice flour, maize and corn starch cause massive rises in your blood sugar levels and this is a recipe for inflammatory conditions, weight gain, mental decline and diabetes. An increasing body of experts are extolling the health benefits of not only cutting gluten out of all our diets, but also reducing our over reliance on grains. For more information ring me now on 01 493 7409 or 087 9816666.

[4] Fasano and Catassi. Current approaches to diagnosis and treatment of coeliac disease: an evolving spectrum. Gasteroenterology 2001: 120: 636-651